First regatta of the 2016 season brought an Overall 1st Place for the owner and crew of the S&S designed Skylark. Over four races Skylark scored three 1sts and one 2nd in the last race which was discarded leaving a full set of 1sts (“bullets”). Prior to the 3rd race – in fact precisely 5 and a half minutes for before the start gun – rockstar winch grinder/trimmer Nigel ‘Squiffy’ Hawkins slipped a disc in his back and ‘locked out’ in the cockpit. After a rapid assessment by casualty and crew, Skylark continued in the race and managed to move the injured talent from the cockpit to the cabin floor down below. With the race won, and doctors waiting on the shore, Squiffy Hawkins heroically soldiered up the companionway onto the deck loaded with painkillers (and eventually Belvedere) to ease his pain. Last seen at Nice Airport tended by the Special Needs Dept, he is expected in Porto Santo Stefano on June 15th. 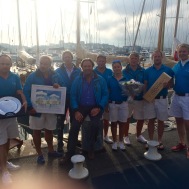 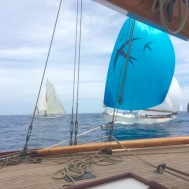 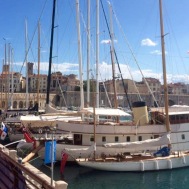 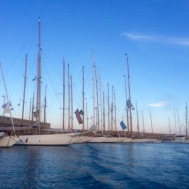 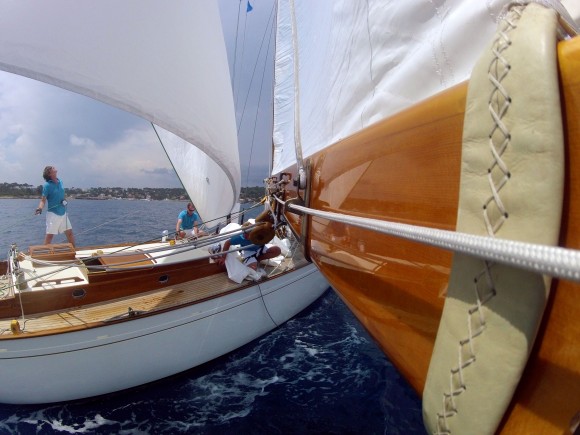