A toast in Porquerolles at Classic 2019

50 knots (well, 45) cancelled the first day of the 2019 event meaning that Skylark’s crew headed out on electric mountain bikes around the stunning island, to the incredible Fondation Carmignac museum, followed by a fine lunch onboard BlueBird. The museum provided much entertainment for some and cultural enlightenment. 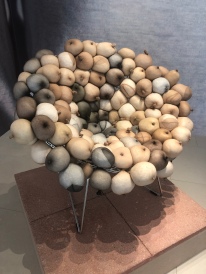 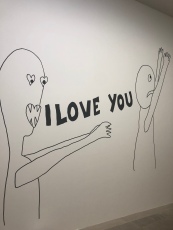 I Love You by Nigel Hawkins 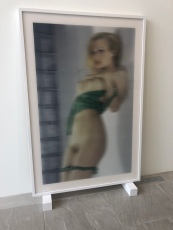 The day before the crew had trained hard at improving down-speed boat control and it was a frustrating beginning to the regatta. That night we headed for Porquerolles’ best restaurant, named “Porquerollais“, somewhat predictably.

Day 2 and two races were held in the Baie de Hyeres. Skylark started the first race and immediately was headed in her own private patch of wind allowing the fleet to climb above her and take a significant lead. By taking offshore, Skylark was able to take advantage of a right shift in the breeze and was the 3rd boat to round the windward mark in a fleet of 32 – 22 being in the same class.

Two long reaches and a beat followed on which Skylark sailed extremely well, taking the race win by 1 min 35 secs. 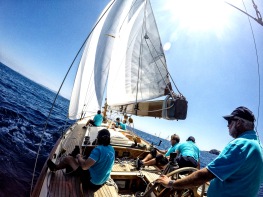 In the second race of the day there were 3 general recalls giving Skylark and her crew plenty of starting practice. When the race finally got underway, Jour de Fete tacked to port and tried to cross Skylark’s bow. However, she failed to give way and keep clear of Skylark who had to tack to avoid a collision. Skylark protested under Rule 10 which she later won, disqualifying Jour de Fete.

On the evening of Day 2, onboard the mothership BlueBird, a toast was given In Memoria to Skylark’s longstanding and faithful Quartermaster, Big Bill. A slideshow was projected onto BlueBird’s funnel and, as the sun set, a toast was given to our late friend. His name is now embroidered on Skylark’s goodie bag which was his role onboard, to administer. 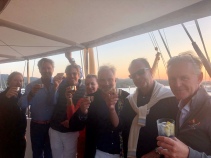 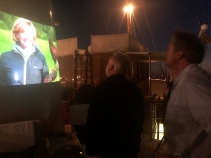 Race Day 3, the final day, began slow with no wind but as they sea breeze built the race committee made the strange decision to send the fleet round the island where there was a large swell in light wind. Skylark was barged at the committee boat and lost nearly a minute having to tack off to clear her air.

She fought her way back through the fleet ahead of Mignon and Comet her nearest rivals for the overall regatta win. After 3hrs of racing the committee cancelled the race – giving overall victory to Skylark who had won both races sailed.