This beautiful trophy was once presented to speed king Sir Malcolm Campbell in Geneva 1938 by the predecessor of the United Nations. It is a stunning Art Deco piece of silverware made by Garrards of London. These days, the stunning trophy his competed by sailors … it is a Challenge between Sailors of the Sea. In its 10th Edition, the owner of Skylark challenged the owners of three other famous S&S sailing boats – Stormy Weather, Manitou and Blitzen.

Stormy arrived early at the start, tactician Graham Sutherland securing an early position on what was a short tactical startling between the main masts of Talitha and BlueBird. Manitou, owned by Hamish Easton and Blitzen, owned and helmed by Sir Charles Dunstone with olympic gold medallist and America’s Cup tactician Giles Scott assisting him on tactics.

Skylark, helmed by her owner, came at speed from above the line and rolled over all three of her competitors to win the start. The yawls sailed higher angles than the large sloop Blitzen which allowed her an opportunity to recover. By the first mark Blitzen had a small lead and from there was always giving disturbed air (turbulence) to the slower boats behind her. Blitzen finished nearly four minutes ahead of her rivals which won her the Blue Bird by two minutes on corrected time.

After the race was over, and crews were soaked by large water pistols fired by the BlueBird crew, all competitors boarded Talitha for a fabulous prize giving party. 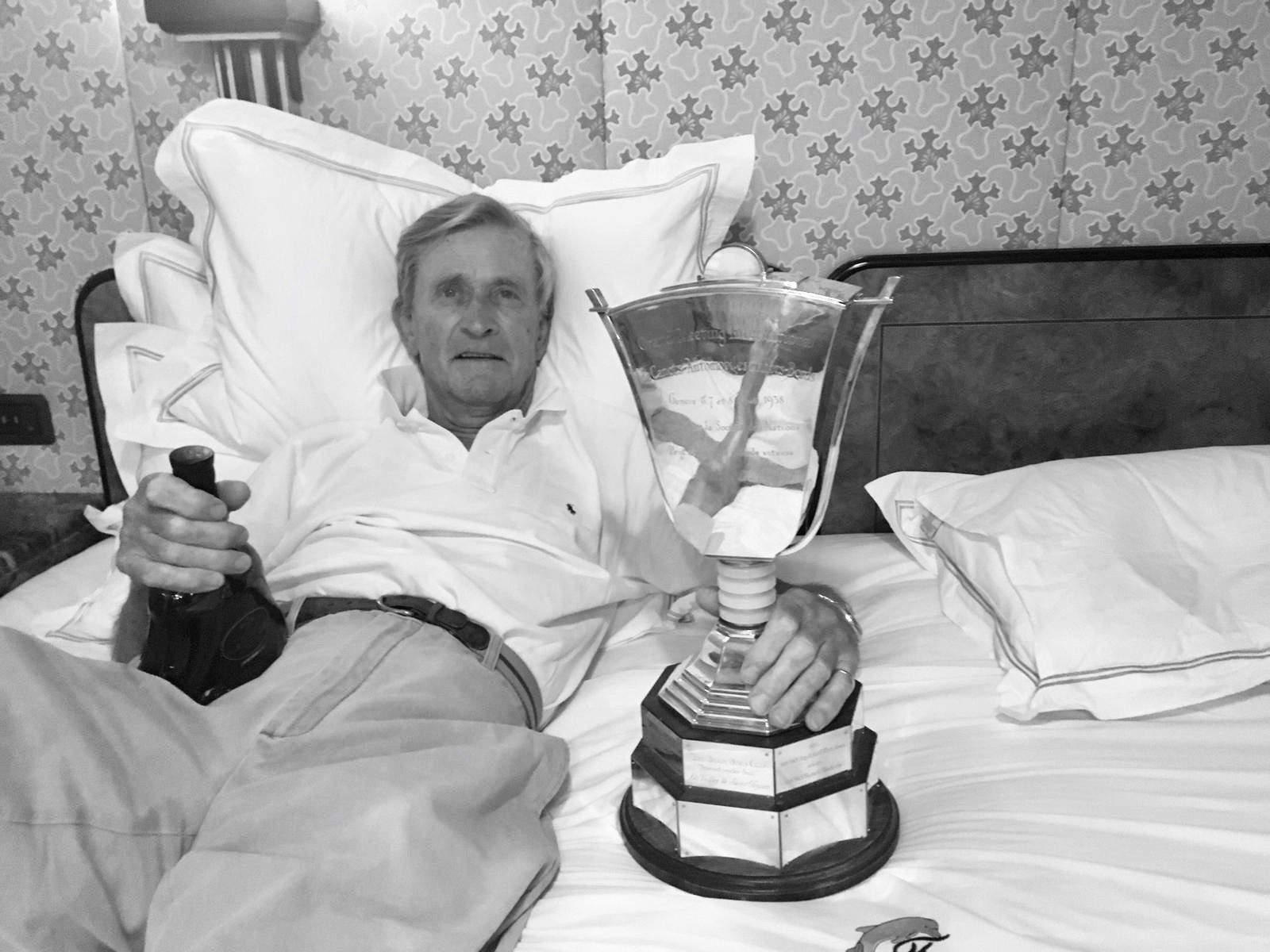 Skylark’s motherships BlueBird and Talitha accompanied a fleet of large boats from Cannes to Saint-Tropez to celebrate the 30 Year Anniversary of the Pendennis Shipyard. The fleet included Haida a near sister ship to Talitha. 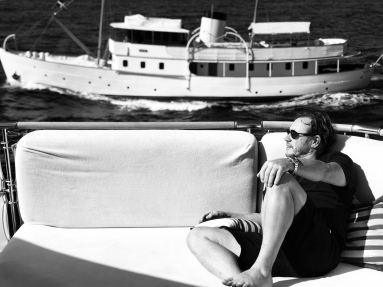 The 54ft 9″ Blitzen, the latest Sparkman & Stephens renovation to hit Mediterranean waters, was the 53ft Skylark’s combatant for the BlueBird Cup 2016.

One of the most famous of the S&S designs, Blitzen was built by Henry B. Nevins of City Island, New York. She was launched in 1938. She was designed and built for R. J. Reynolds, the son of the founder of the R. J. Reynold Tobacco Company. She was built as an all out ocean racing yacht with minimal interior. She was a very successful racing machine, winning her division in the Bermuda Race on her first outing. Now restored by British businessman Sir Charles Dunstone, she is faster today than she has ever been. With a tall  sloop rig, powered by a large coffee grinder to the stern, Blitzen is built for speed and was crewed for the BlueBird Cup by a strong team of top sailors which included rockstar Simon Le Bon of Duran Duran.

Two other remarkable yachts joined the race, though not eligible for the overall trophy prize. Alibaba II, designed in 1948 by famous Tore Holm for shipowner Sven Salén, is one of the most famous 6 metres ever built, participating in the London Olympics in 1948 representing Sweden (Bronze) and also again in Helsinki in 1952 representing Finland (Bronze). She was powered for this event by brand new hi-tech North Sails and crewed by a professional Spanish racing team which included talented sailors from the Volvo Ocean Race. In addition, Peter Dubens’ magnificent Spectre participated alongside Alibaba with a royal guest on board, His Majesty King Juan Carlos of Spain, himself a talented sailor. Built in Italy in more recent times Spectre is a 60ft speed machine, designed in contemporary style by famous architects Mani & German Frers. Aboard her for this event was a crew of top sailing professionals including double Olympic silver medalist Nick Rogers, Volvo Ocean Race skipper Neil McDonald, America’s Cup winning tactician Tom Whidden and talented sail trimmers from North Sails.

A big wind shift just before the start caught Skylark at the wrong end of the line and her 69 second handicap advantage was almost eradicated by the time Blitzen and Skylark crossed the start only 8 seconds apart. On the first and second of the five legs, Skylark managed to stay in a lee bow position and so keep Blitzen behind her and she maintained her 8 second lead. After the first lap of Talitha and BlueBird, both boats dropped their spinnakers very late and Skylark pulled 30 seconds ahead on that rounding. From that position she then extended her lead on the second lap to finish 1m 28s ahead of Blitzen. Whilst sailing different distances and courses, Alibaba was first to cross the line one minute ahead of Skylark whilst Spectre with The King on board rocketed across the finish at 15 knots a mere 20 seconds later having completed and additional lap of the course.

At the prizegiving ceremony aboard the 80m classic motoryacht Talitha, His Majesty King Juan Carlos of Spain presented Tara Getty with the perpetual BlueBird Cup Trophy presented by the United Nations to Sir Malcolm Campbell in 1938, along with beautifully presented bottles of Hennessy Paradis Imperial to the owners of the boats competing. In addition, Tara Getty presented invitations to The King and each of his fellow owners, for each to stay at the Hennessy Chateau in Cognac, yes Cognac, France.