The arrival on the Mediterranean scene of the American yacht Santana, owned by Wendy Schmidt wife of Eric Schmidt the CEO of Google, provided much anticipation ahead of the Voiles d’Antibes 2018. A near sister ship to Skylark (larger at 55ft but over two tons lighter), she was once owned by famous actor Humphrey Bogart. During his years of ownership he once rescued Skylark’s tender whilst the two yachts were cruising in company. 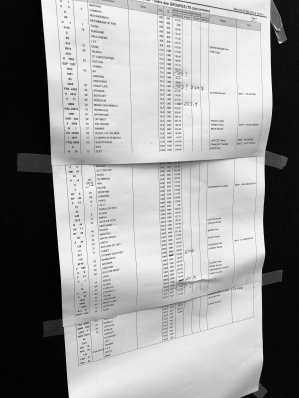 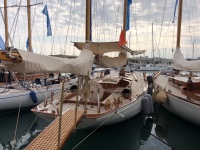 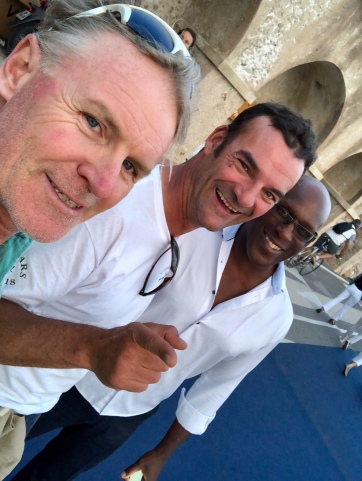 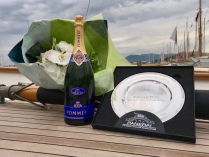 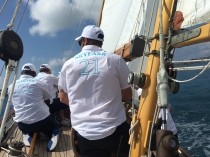 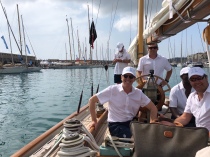 On the race course the newly restored Santana flew in the light winds experienced during this heavier Skylark found the light winds hard going and posted a disappointing 4th in race one.

With her full crew and owner onboard for race 2 she placed well in 2nd leading Santana around most of the course and beating her on handicap by a mere one second.

Races 3 and 4 were also good for Skylark with another 2nd and finally a 3rd in the light winds of the last race.

The fleet now moves to the beautiful islands surrounding Porquerolles.